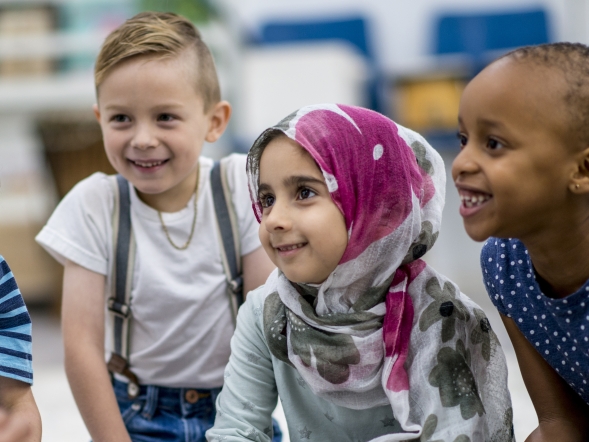 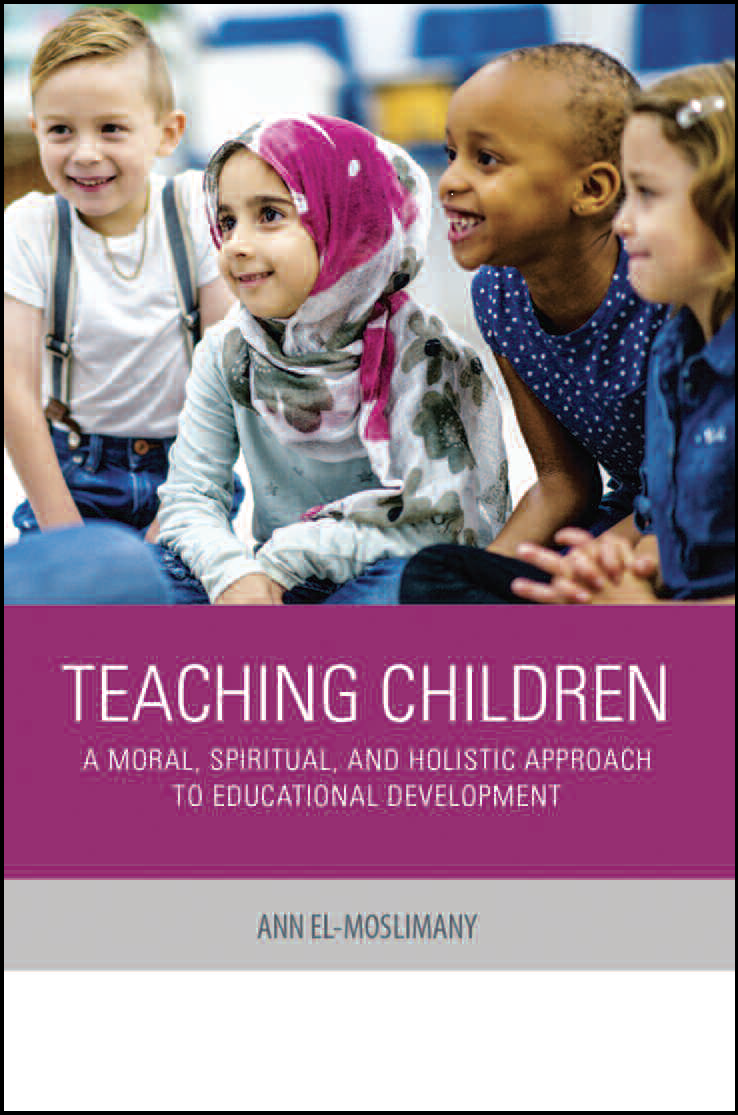 The current education system dates back a hundred years or more, and is in desperate need of a ‘reboot’. In developing the industrialised society, the education system itself became like a factory, the end product being pupils who can merely regurgitate facts, and themselves ending up as cogs in the machine that is the wider industrial complex. The legacy of this is a soulless ‘functional’ educational system that fails to develop pupils to meet the present and future needs of individuals and their expectations. This failure inevitably impacts on society and humanity at large. Society has long since moved beyond the industrial revolution and into an age of global connectedness where the sum of human knowledge is freely available via the internet. People of this age are generally more well informed and on a variety of issues. An effective holistic educational philosophy is required, one that gives full spiritual meaning to all that a child learns. It should equip children with spiritual awareness, morals and values, social responsibility and accountability, self-discipline and self-determination, self-confidence and empowerment, ambition and aspiration tempered with thoughtfulness and gratitude.

Public Policy: Beyond Traditional Jurisprudence - A Maqasid Approach, by Basma I. Abdelgafar 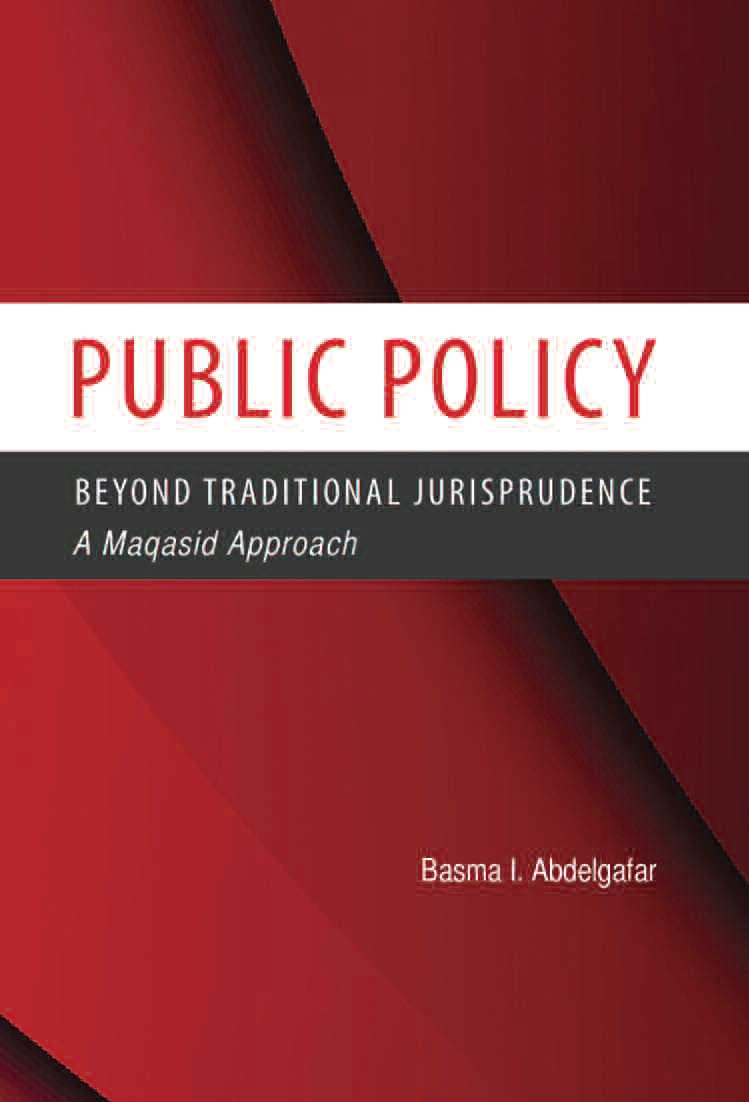 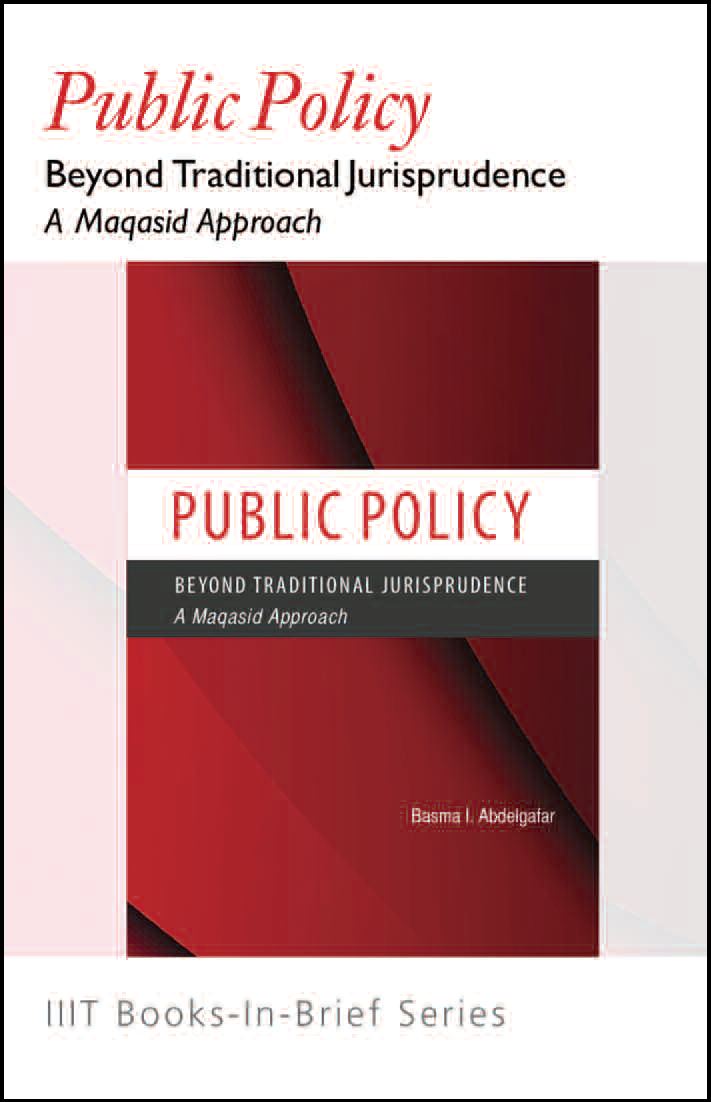 This work charts new territory in Islamic scholarship by attempting to address the field of public policy from a maqasid (higher objectives of the Shariah) perspective. Public Policy is an independent discipline from both law and politics. Thus, Public Policy in Islam is introduced here as a qualitatively different enterprise from both fiqh (Islamic jurisprudence) and siyasah shar’iyyah (Shariah-oriented politics). The book deals with a number of critical topics that include methodology, governance, human rights, ethics, political power, and reform and renewal. It highlights how the maqasid approach is indispensable to the theory and practice of public policy in Islam, how it could resolve some of the most persistent governance dilemmas throughout Muslim history, but more significantly, how it forces a re-conceptualisation of the wealth of knowledge available in Islam’s primary sources to introduce Public Policy in Islam to mainstream policy studies. 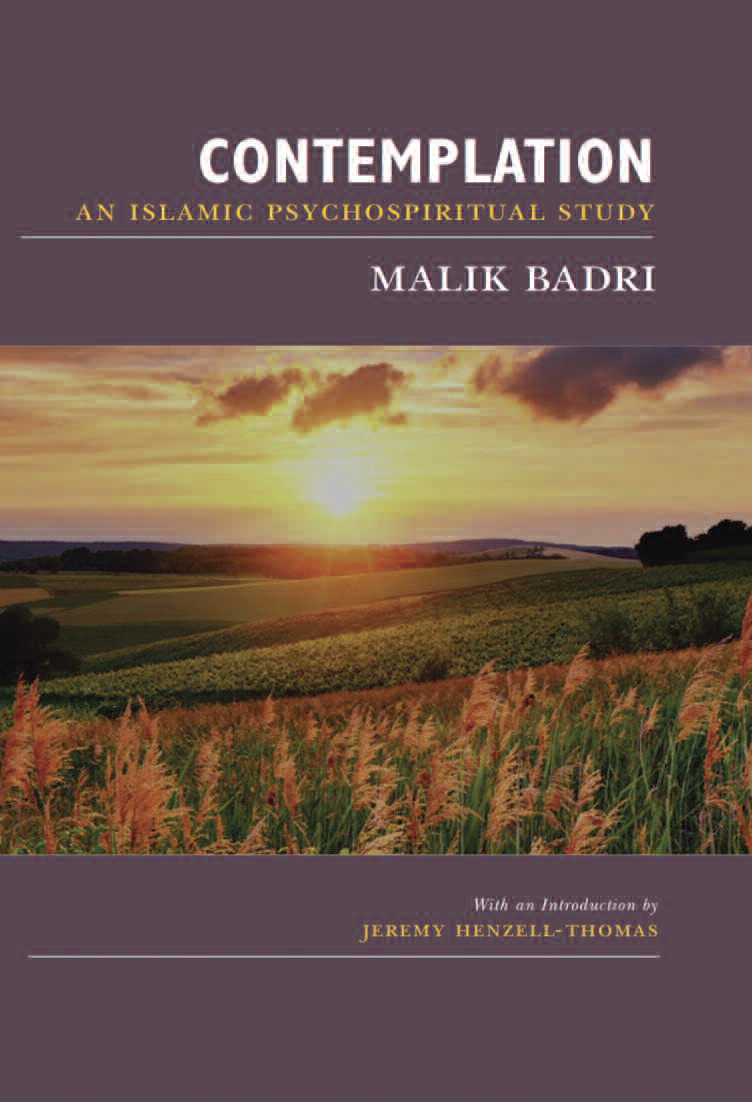 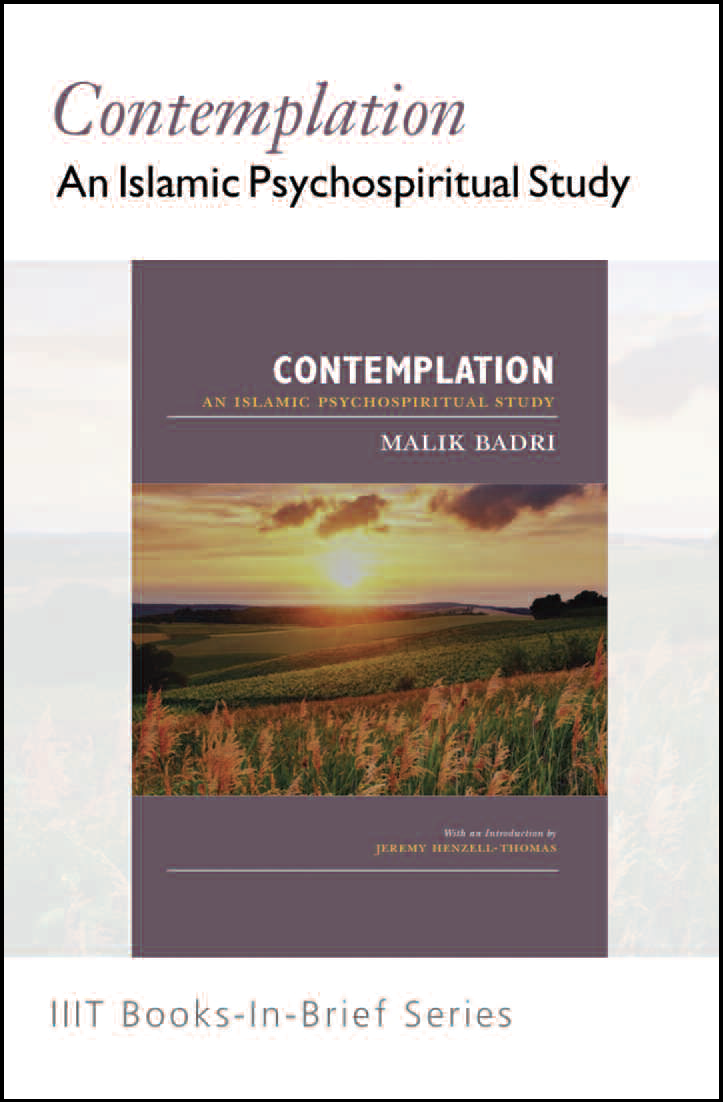 The human race is in crisis and very few of us – if any – are able to understand what is wrong with our lives and theworld at large. How did this happen and how did humans become so ‘disconnected’ with humanity? Why are
psychological disorders such as depression, anxiety, fear, and suicide on the increase, and why are conventional Western therapies unable to stem the tide? To approach this we must first look inside ourselves – to explore our own purpose in life and extend that principle to the rest of humanity. Despite the advances of modern Western psychology and the development of therapies that do help many, one area that is largely unexplored is that of the ‘human spirit’ and spirituality since it is more convenient to consider the human mind as ‘machine’ that responds to external stimuli. In this powerful exploration into the human mind and its relationship with the human spirit, Malik Badri invites the reader to open the door to self-discovery, purpose and spirituality through the practice of contemplation, reflection and meditation – understanding the true meaning and experience of spirituality as well as one’s own place in Creation. Whilst central to worship in Islam, this will also be of great interest to, and help any reader wishing to explore the notion of spirituality whether as part of worship or simply as part of self development and inner healing.

The Power of Education, by Jeremy Henzell-Thomas 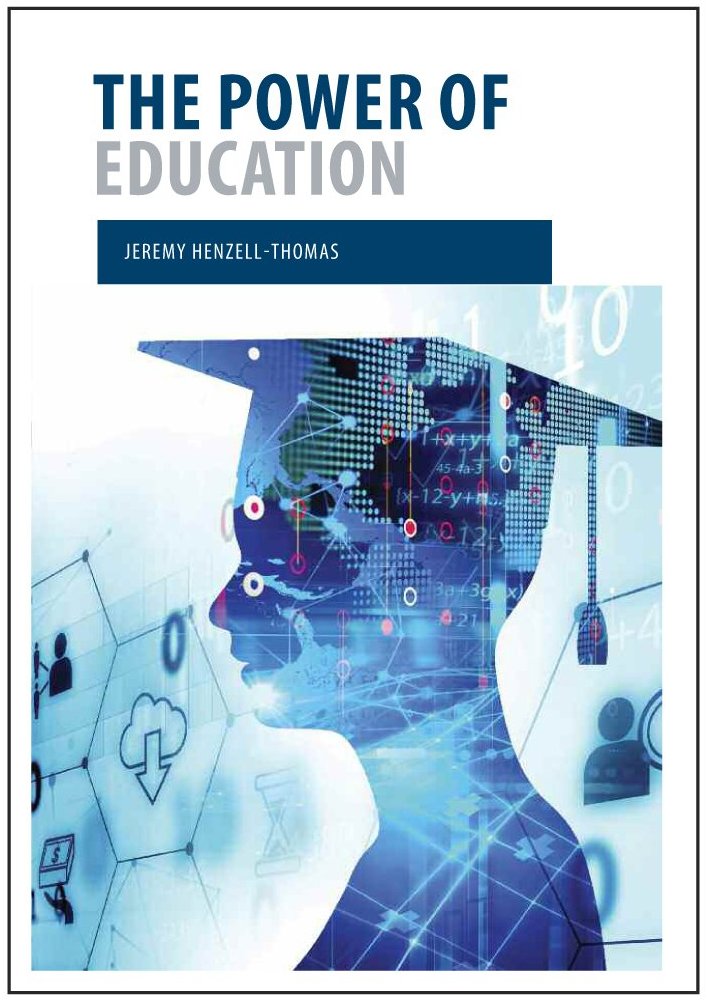 ‘Knowledge is Power’ – a statement commonly attributed to an eminent English philosopher and scientist in 1597, still highlights today the importance of knowledge in the modern world. Education forms the basis of our knowledge and its development, from our earliest experiences at school through to Higher Education. Individuals use their knowledge in their professional and personal lives, and society as a collective of individuals shapes the world in which we live. Therefore the power of education is one of the keys to developing a successful society and benefits humanity at large. But things have gone very wrong! Society, values and morals are all in decline. How has education lost its power to build an effective and fair society? How can this decline be reversed? In The Power of Education, the author goes back to first principles and asks: what iseducation, and what do individuals and society need from education? Reconnecting education with the ‘heart and soul’ of humanity, and finding that great purpose of mankind is paramount. This is distinct from a ‘knowledge factory’ that merely develops individuals for material advancement and personal progression. Values, morals, compassion, empathy, gratitude, mutual respect, fairness and social responsibility are all essential traits for individuals that collectively form a successful society, and these traits need to be instilled during the entire educational experience. By rethinking and developing an effective education methodology one can work towards building a better world, based upon equality and fairness for all. 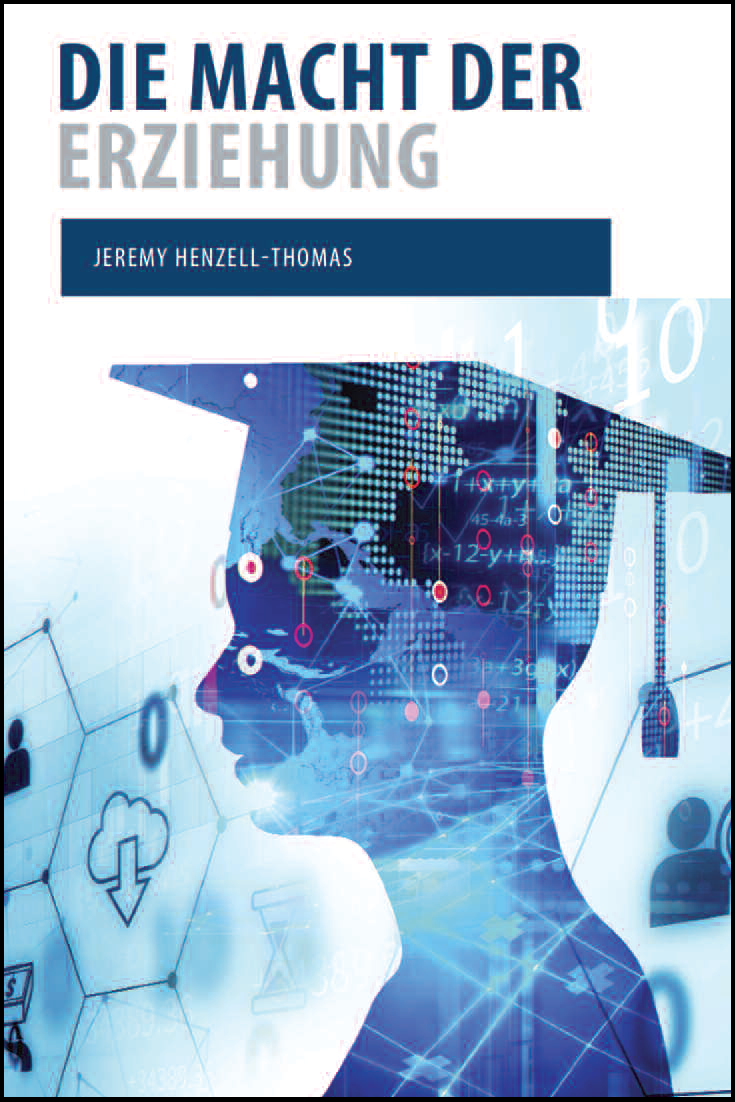 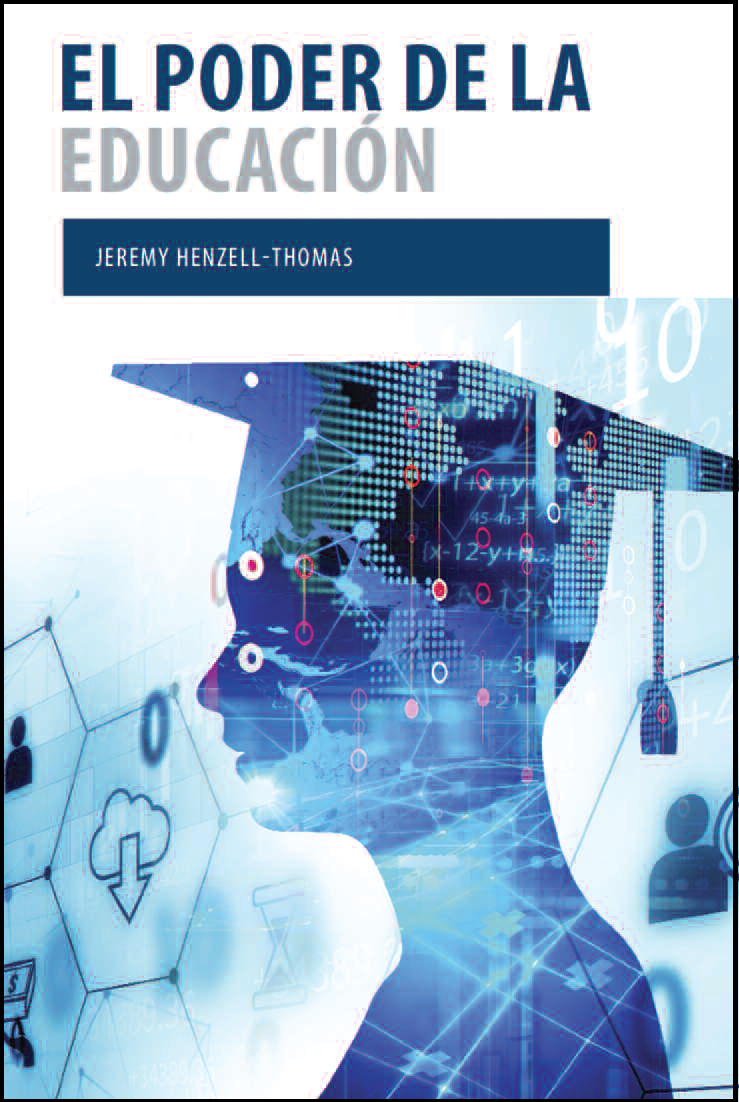 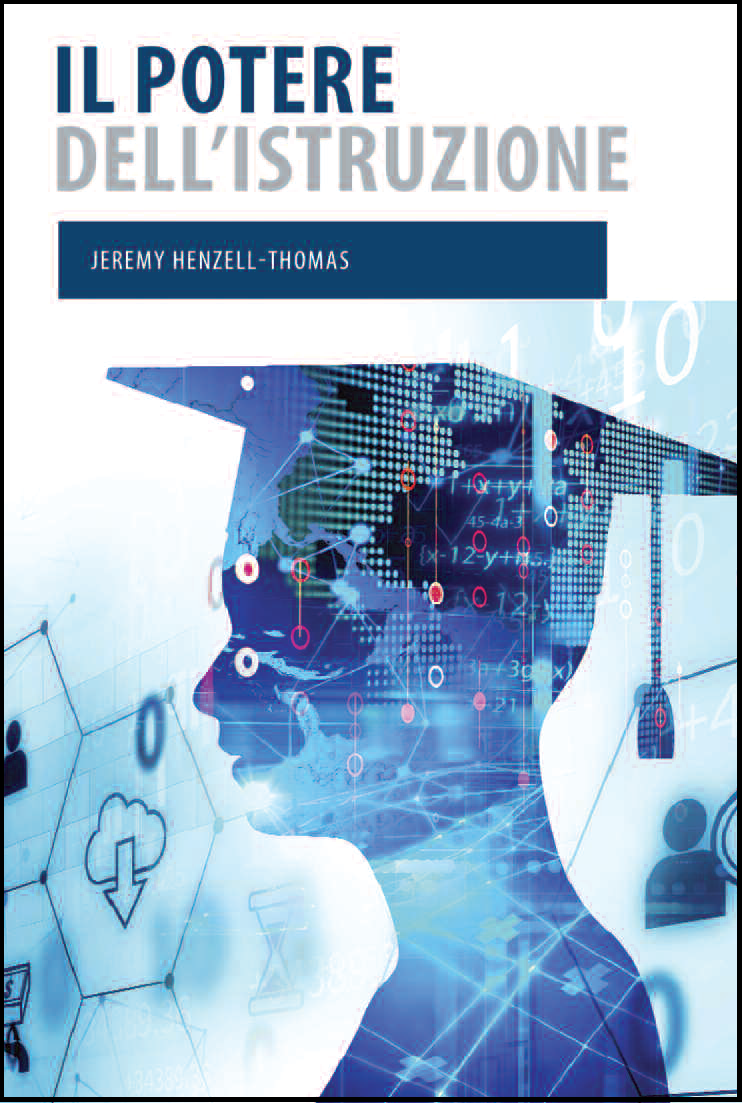 Rethinking Reform in Higher Education: From Islamization to Integration of Knowledge, by Ziauddin Sardar and Jeremy Henzell-Thomas 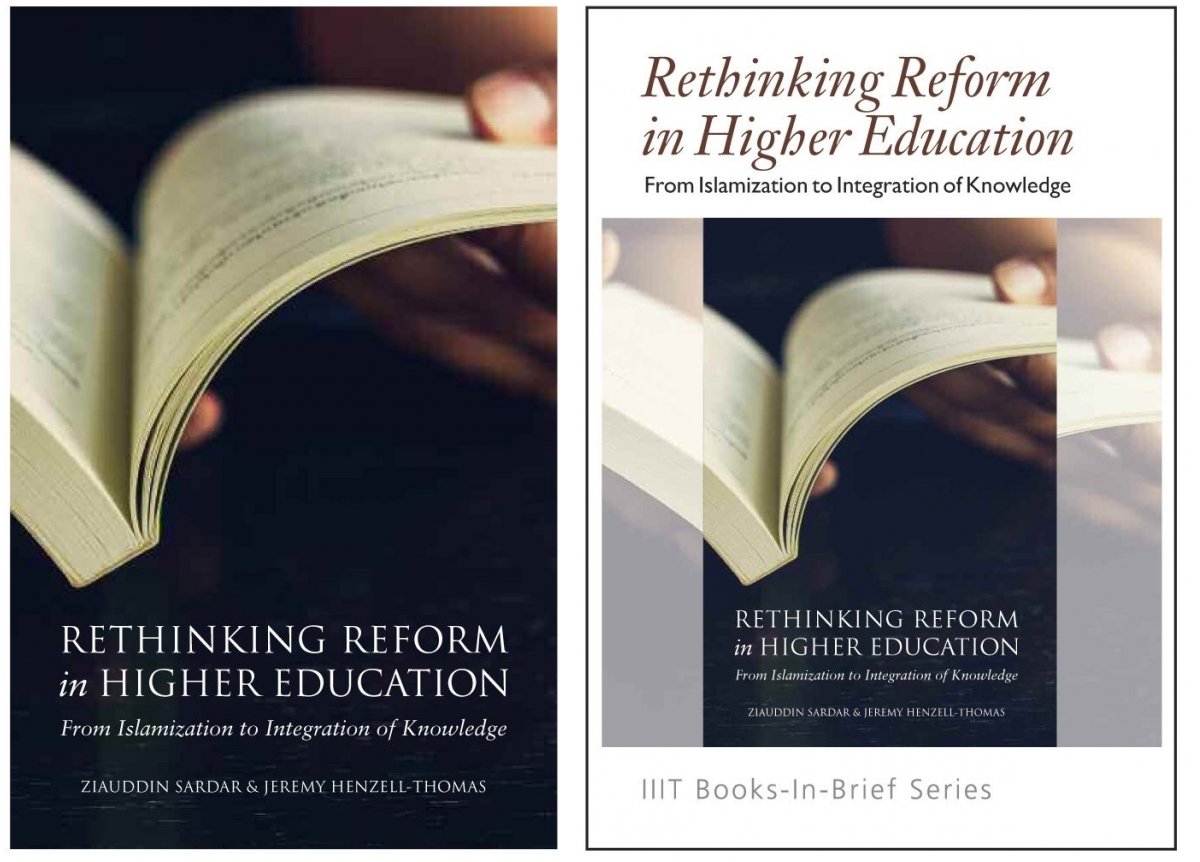 What is wrong with Education today? Why is society in decline? Why does the pursuit of knowledge seem to produce adults who despite their qualifications remain ill-equipped to change the world for the better? What future does humanity face if we cannot find the tools to fix the world we share? One essential tool is the development of education, but are ‘aims and objectives’ simply enough. In order to fix the ethical moral ‘spirit’ of humanity perhaps we first need to rekindle the ‘spirit’ of Education, and ask ourselves “what is Education really about and what does humanity really need?” What knowledge has been ‘lost’ over the centuries? The Reform of Higher Education in Muslim Societies proposes a paradigm shift in critical thinking aimed at the issues facing education and it’s bearing on society and humanity at large. Building upon existing disciplines, improving upon them, and innovating new ones could be seen as a way forward. By recognizing the ethical and spiritual norms of Muslim society, and their guiding principles and spiritual identity, together with the plurality and diversity of the modern networked world, this work seeks to replace the sterile and uniform approaches to knowledge with a broader and more creative understanding of a global shared reality. Moderation, balance, effective communication, and mutual respect are paramount features of the underlying philosophy, essential for developing a more effective Education paradigm – one that will help humanity face present and future challenges. 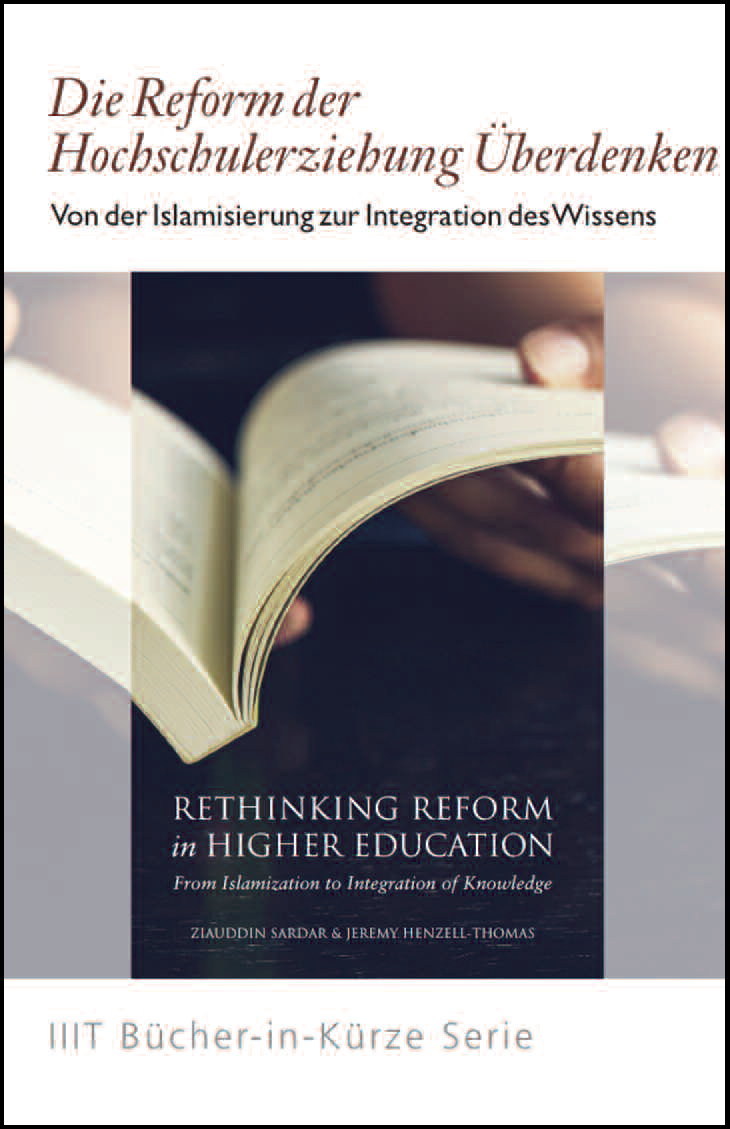 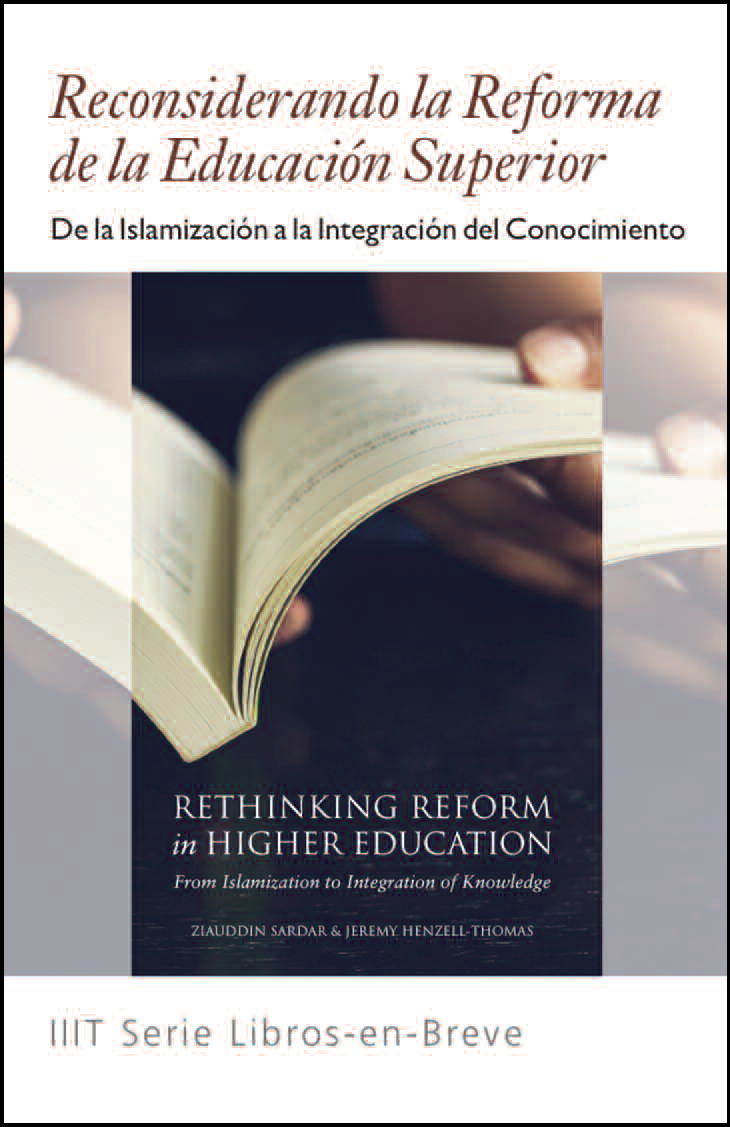 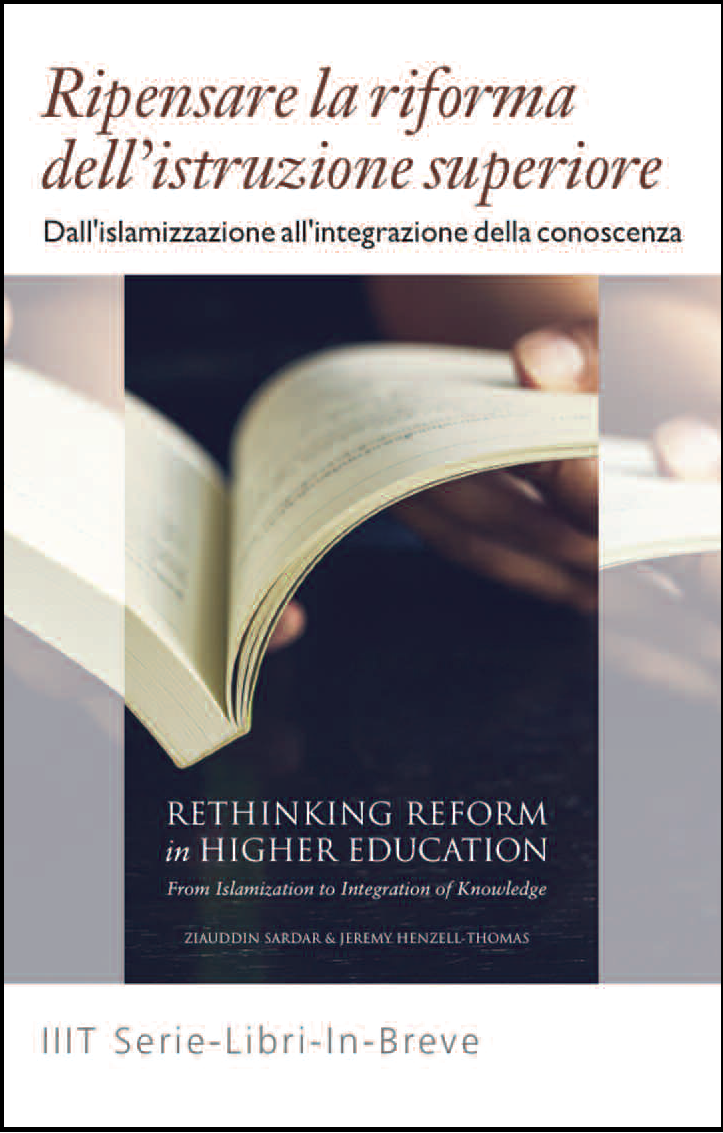 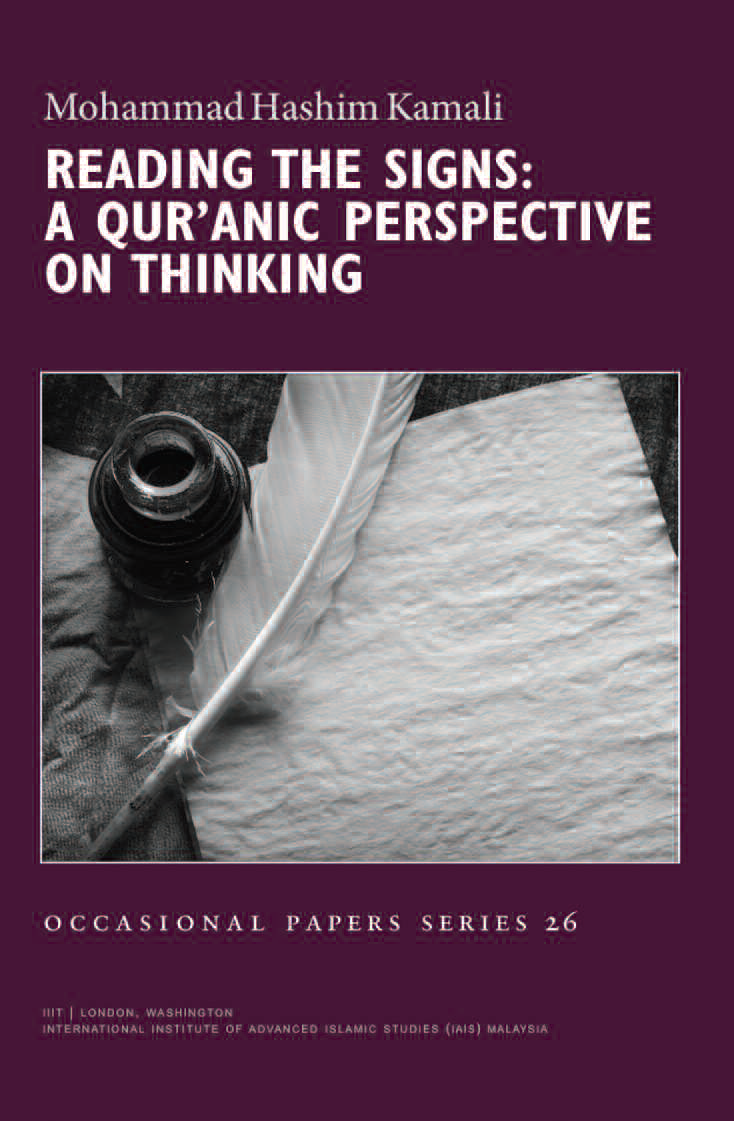 Advanced in this paper is a Qur’anic perspective on thinking, rationality, and critical reason, which in its critical and goal-oriented dimensions provides a set of guidelines that ensures its purity and purpose from negative reductionist influences. The guidelines so provided are also rich in advancing a spiritual dimension with the understanding that thinking which is not informed by morality and faith can lose its direction and purpose and can even become harmful to human welfare. The paper begins with a discussion of the divine signs, the ayat, and the prominent profile that they take in the Qur’anic conception of thinking. Other topics discussed include an identification of the sources of knowledge in the Qur’an, factors that impede rational thinking, and a historical sketch of the golden age of scientific creativity and its eventual decline. A brief section is also devoted to ijtihad and where it fits into the scheme of our analysis on thinking, followed by a short comparison of Islamic and Western philosophical perceptions of rationality. 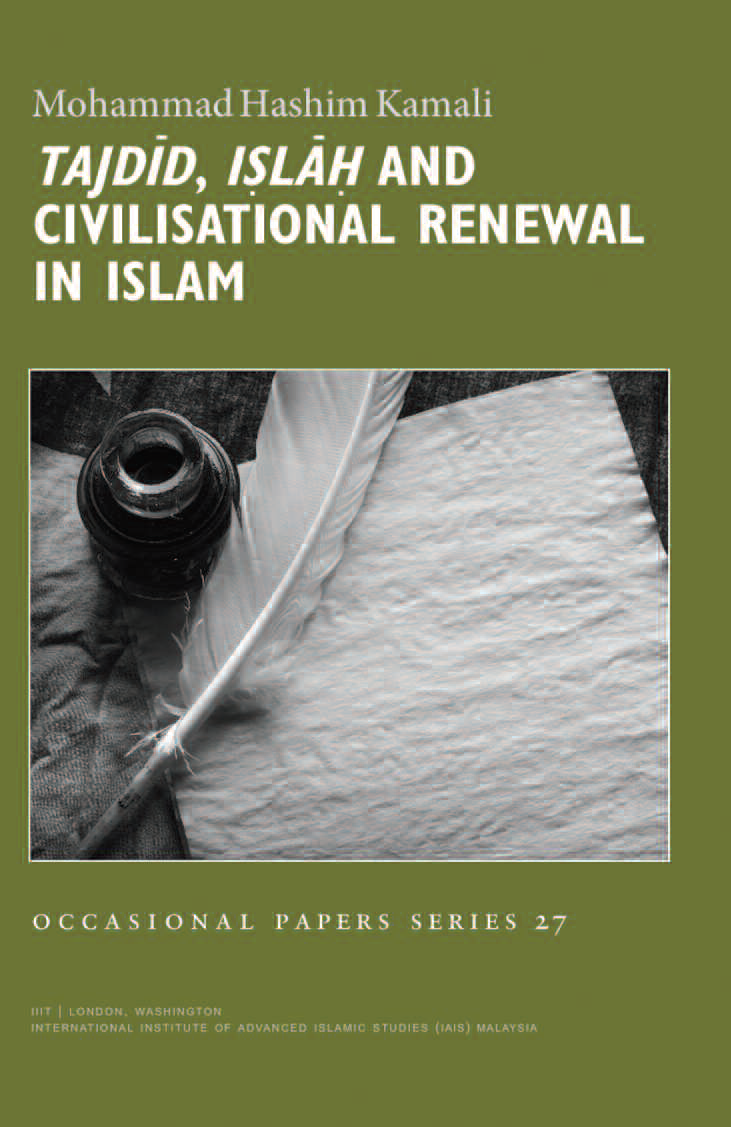 The history of Islamic thought is marked by a continuous tradition of internal revitalisation and reform embedded in the principles of islah, and tajdid. The ultimate purpose has been to bring existing realities and social change in line with the transcendant and universal standard of the Qur’an and Sunnah through a process of restoration and reform. The tradition of islah-tajdid has thus consistently challenged the Muslim status quo and prompted fresh interpretation of the Qur’an and Sunnah, understood and implemented through the methodologies of interpretation and ijtihad, as well as the rejection of unwarranted accretions to the original messages of Islam. The basic theme of the paper is that civilisational renewal is an integral part of Islamic thought. The paper looks into the meaning, definition and origins of tajdid and islah and their relationship with ijtihad, and how these have been manifested in the writings and contributions of the thought leaders of Islam throughout its history. It also develops tajdid-related formulas and guidelines that should lead the efforts of contemporary Muslims in forging the objectives of inter-civilisational harmony and their cooperation for the common good.

Reviving the Balance: The Authority of the Qur'an and Status of the Sunnah, by Taha Jabir Alalwani 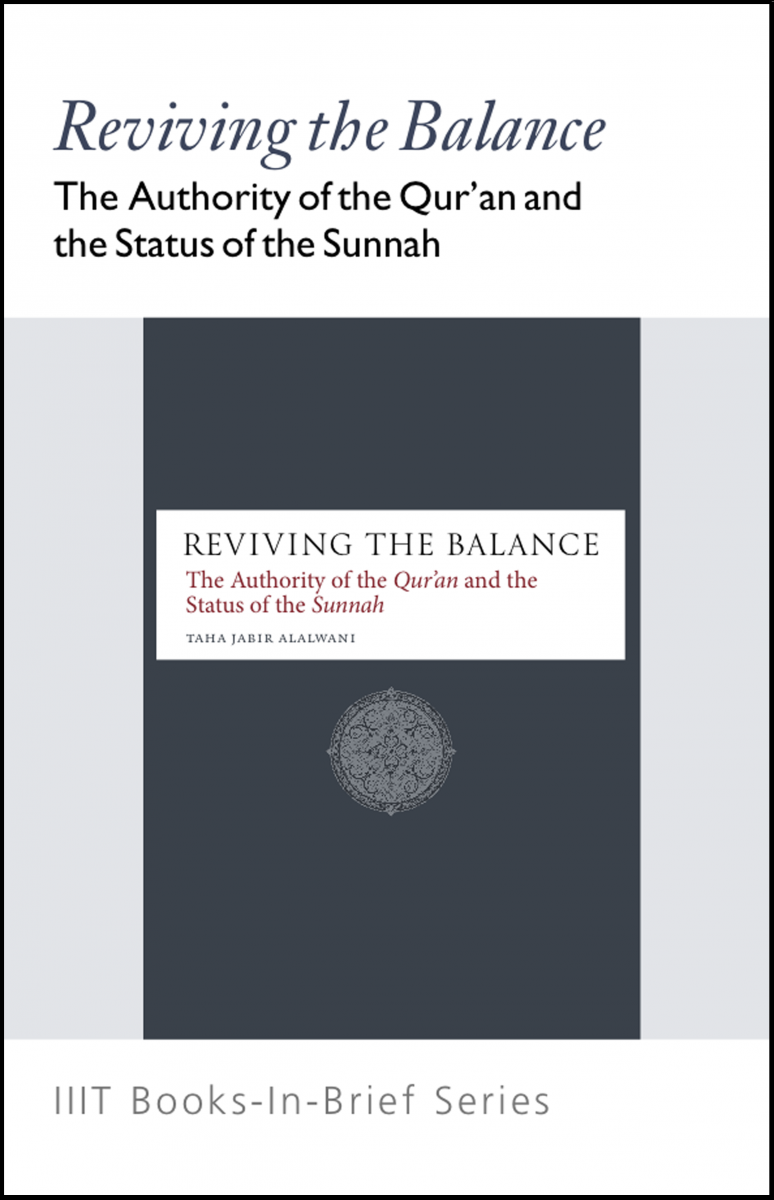 The relationship between the Qur’an and the Sunnah remains a most interesting and researched field of study, especially when considered from historical, theological and spiritual perspectives. In Reviving the Balance the author carefully examines the development of the oral and written traditions that constitute the Sunnah. This development historically led to monumental work undertaken by past scholars to verify the authenticity of reports, and the character and reliability of narrators involved, in recording the Prophet’s life, words, and actions. Eventually this became an overwhelming maze of information. Navigating the maze required interpretation, contextualization and categorization of the information. The author makes the case that despite the praiseworthy intention and effort to emulate the Prophet, once the Sunnah had been collected the Muslim community began to neglect the Qur’an in favour of these narrations. This preference of the Sunnah over the Qur’an became ‘acceptable’ under the pretext that such narratives ‘contained’ the Qur’an. Furthermore, these narratives were then abandoned in favour of Islamic jurisprudence under the pretext that such juristic texts tacitly included both the Qur’an and the Sunnah. This work aims to restore the relationship between the two, so that the Prophetic Sunnah is inextricably and harmoniously linked to the Qur’an, thus avoiding contradiction and conflict between the two. 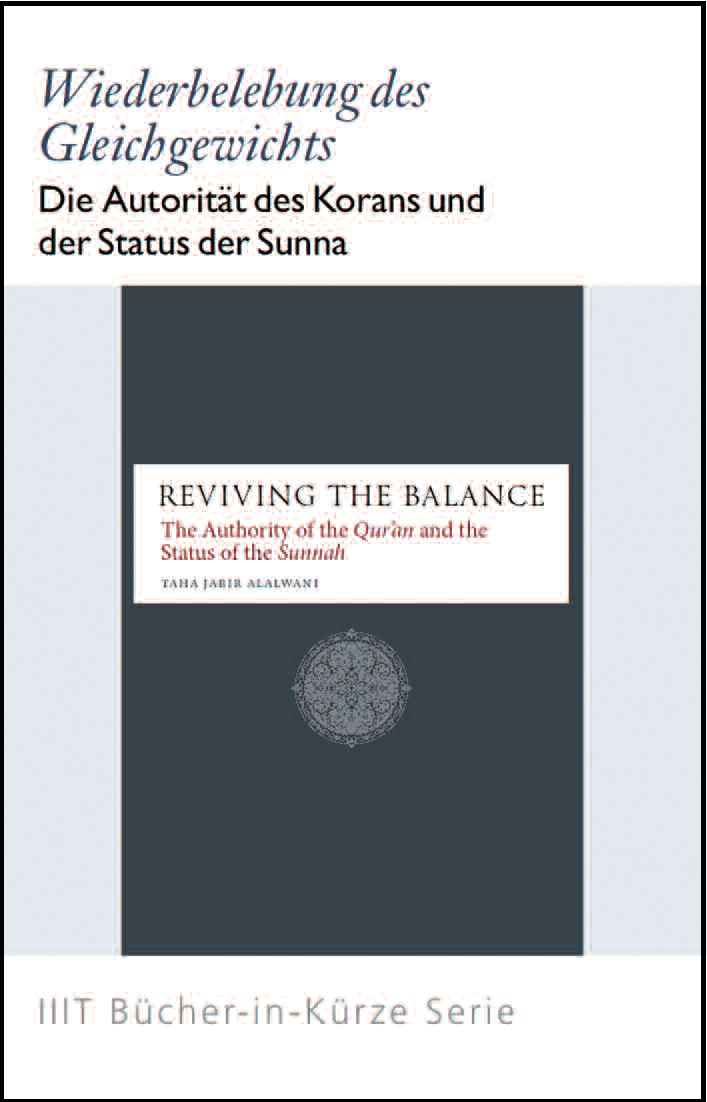 In Service of God and Humanity: The Legacy of Shaykh Muhammad al-Ghazali, by Benaouda Bensaid 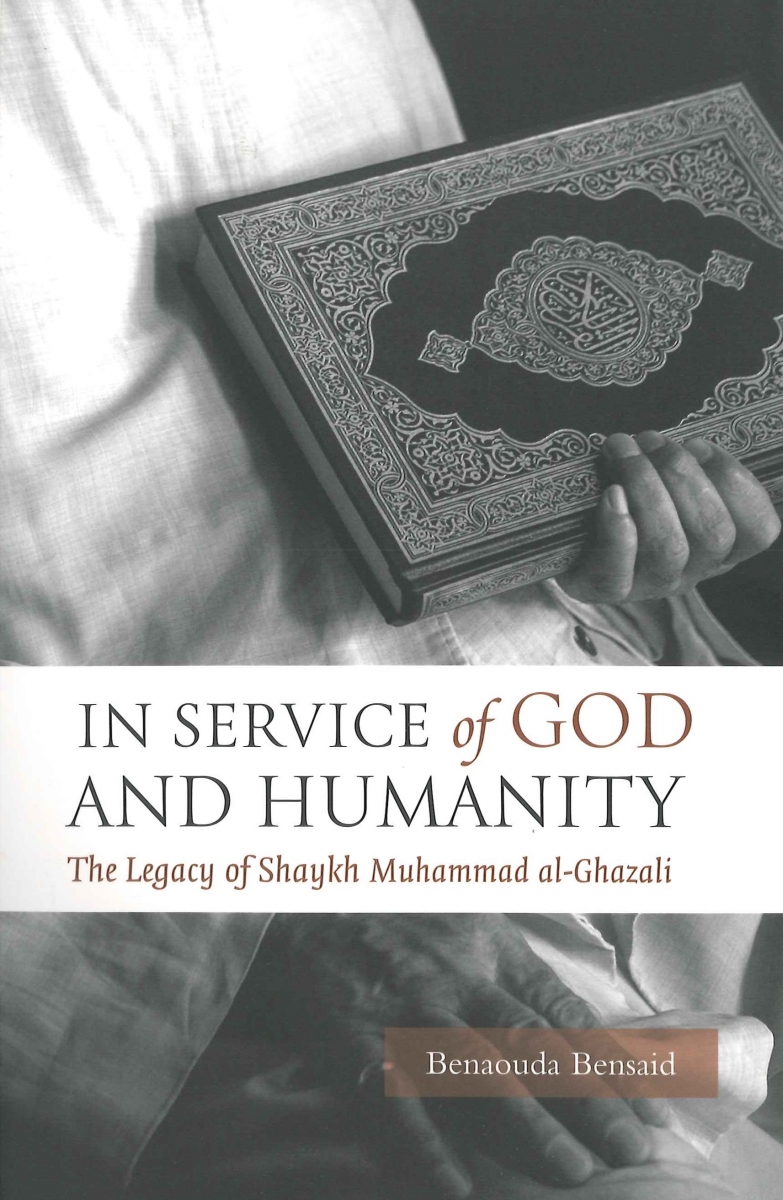 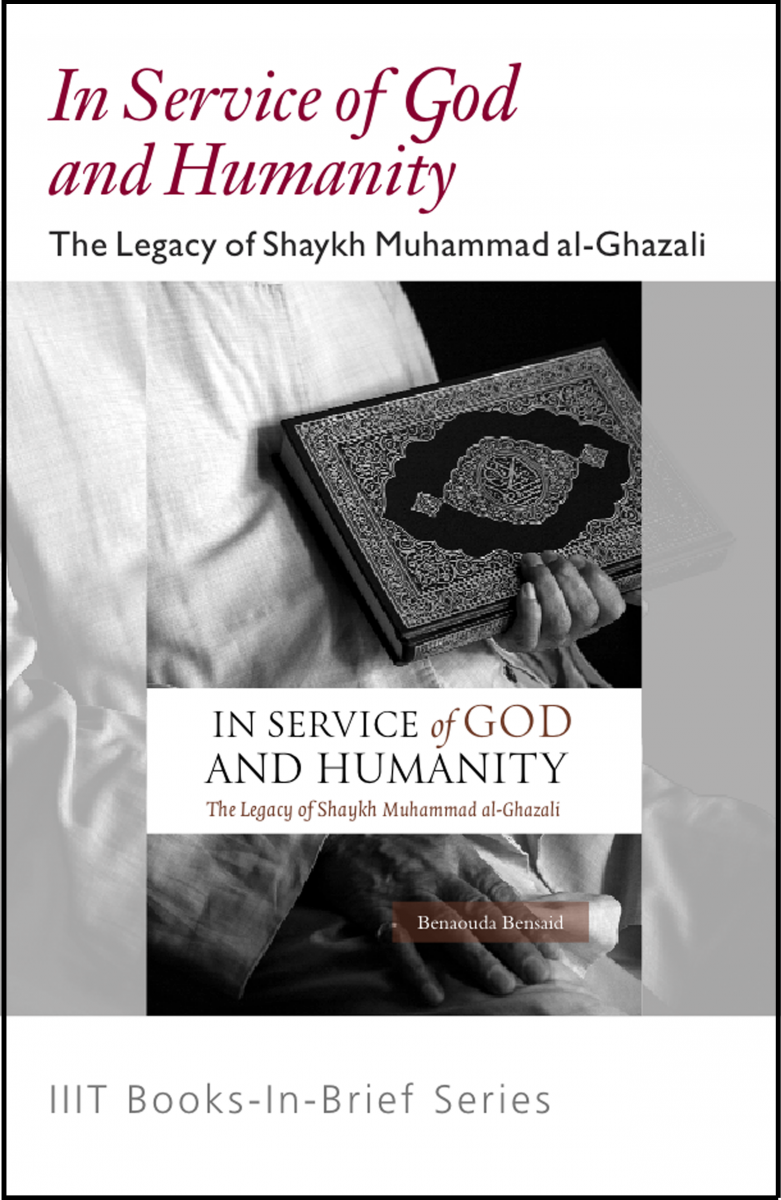 In his passionate devotion to the task of inviting others to Islam, Muhammad al-Ghazali (1917-1996) presented Muslims with a powerful critique of themselves, not only in their endemic failure to project Islam in the best, most reasoned light. but also in their betrayal of the Qur'an's spiritual principles and the highest standards set by the Prophet Muhammad.

The work analyzes al-Ghazali's critique of du'at (those inviting to Islam) and the practice of da'wah work itself (the call to Islam). It also examines his methodology, various proposed solutions, and the juristic responses to his perspective. The evolution of al-Ghazali's thought and the people and factors influencing him are key elements of the study. It is hard to conceive where the state of discourse of da-wah and Islamic reform would be without al-Ghazali's outstanding contributions. The powerful stand he took on the importance of education, the significant weight he gave to a free society, his promotion of a decent standard of living for the poor, the qualities of moral and personal excellence he appealed for, and his compassionate, impassioned role as an educator, all these preserve al-Ghazali's reputation, both in his own lifetime and for many generations to come, as one of the twentieth century's most important Muslim intellectual thinkers and reformers. His legacy is founded on a lifetime of service. 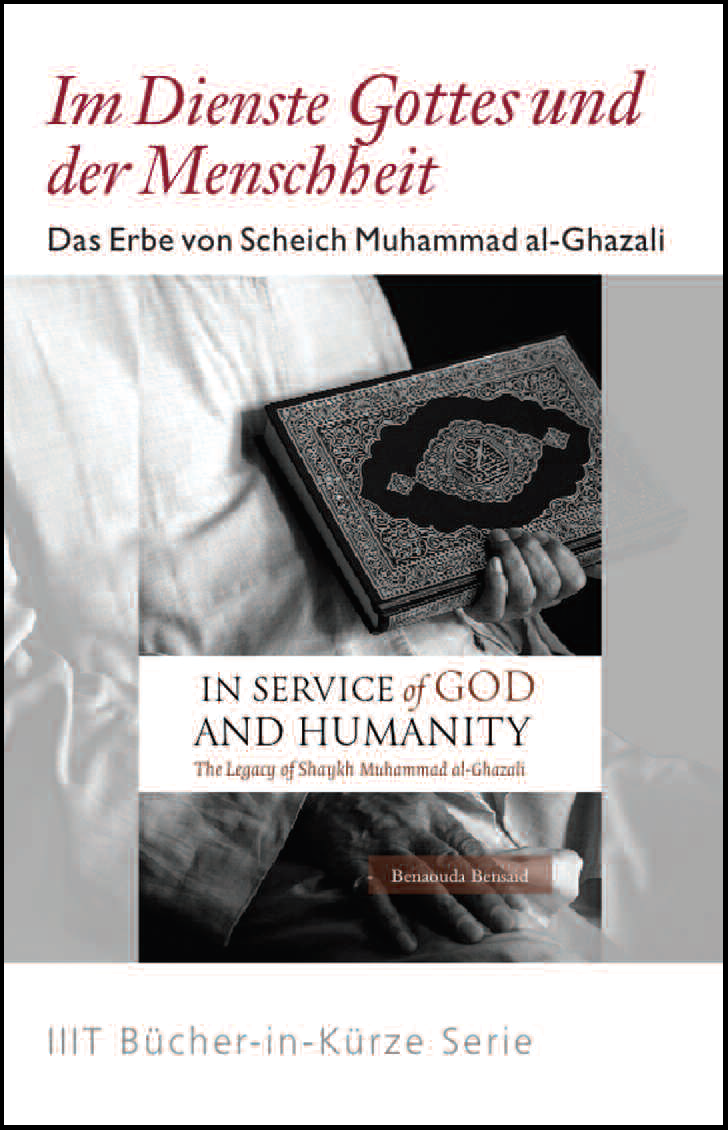 Tags
Books
Back to top