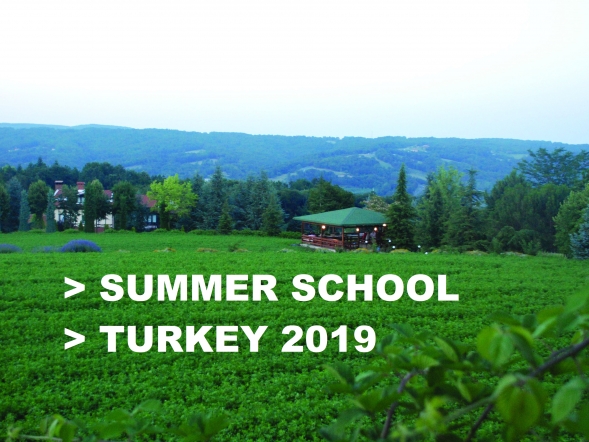 The programme is designed primarily for graduate students from Turkey and neighbouring countries who are majoring in social sciences, humanities, education and Islamic studies, and who are interested in developing their knowledge and expertise. During the course of the programme participants will engage interactively with speakers and colleagues within and outside lectures. On completion they will receive a certificate of attendance from the organisers.

The unique learning environment of the Summer School is intended to broaden and develop young scholars into becoming effective contributors to the betterment of their societies and cognisant of and sensitive to the needs of humanity at large, ensuring peace, mutual respect, better understanding of, and co-operation between, various cultures and communities.

Participants will also be able to enjoy the venue’s various sport facilities including its swimming pool, and as part of the programme they will be taken on a sightseeing tour of the region. 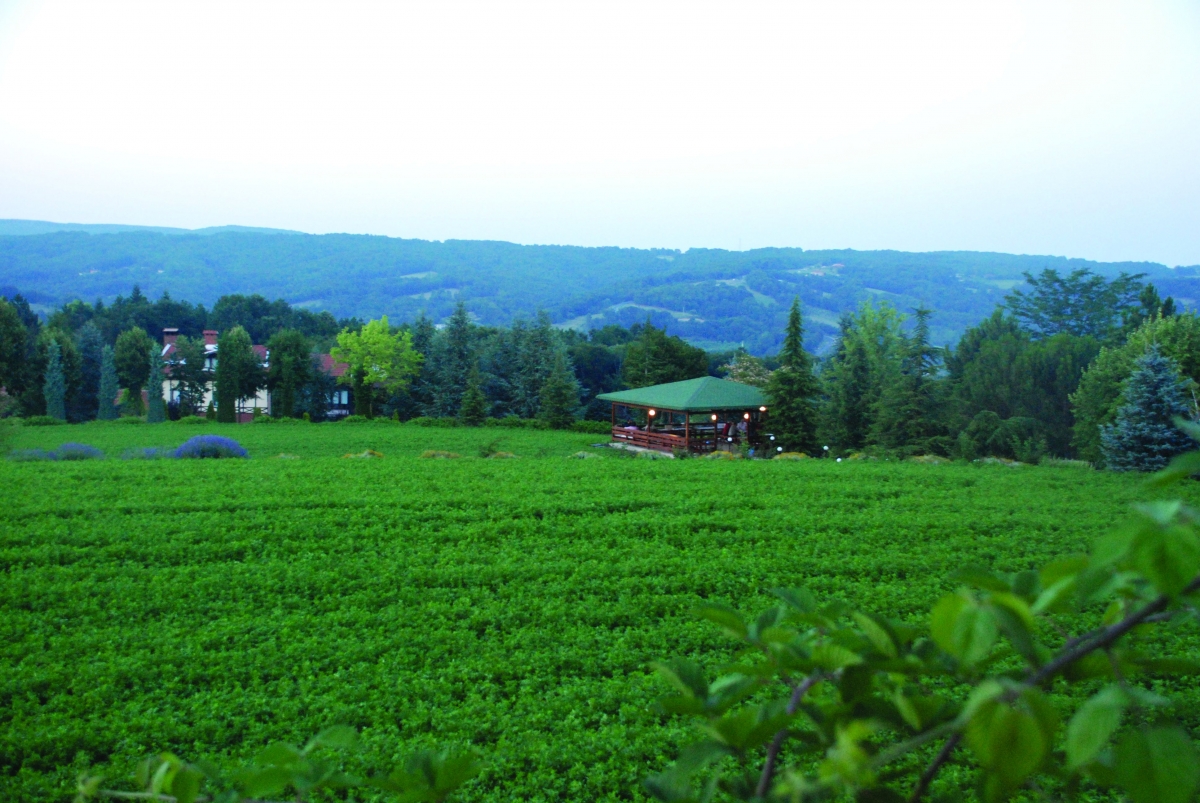 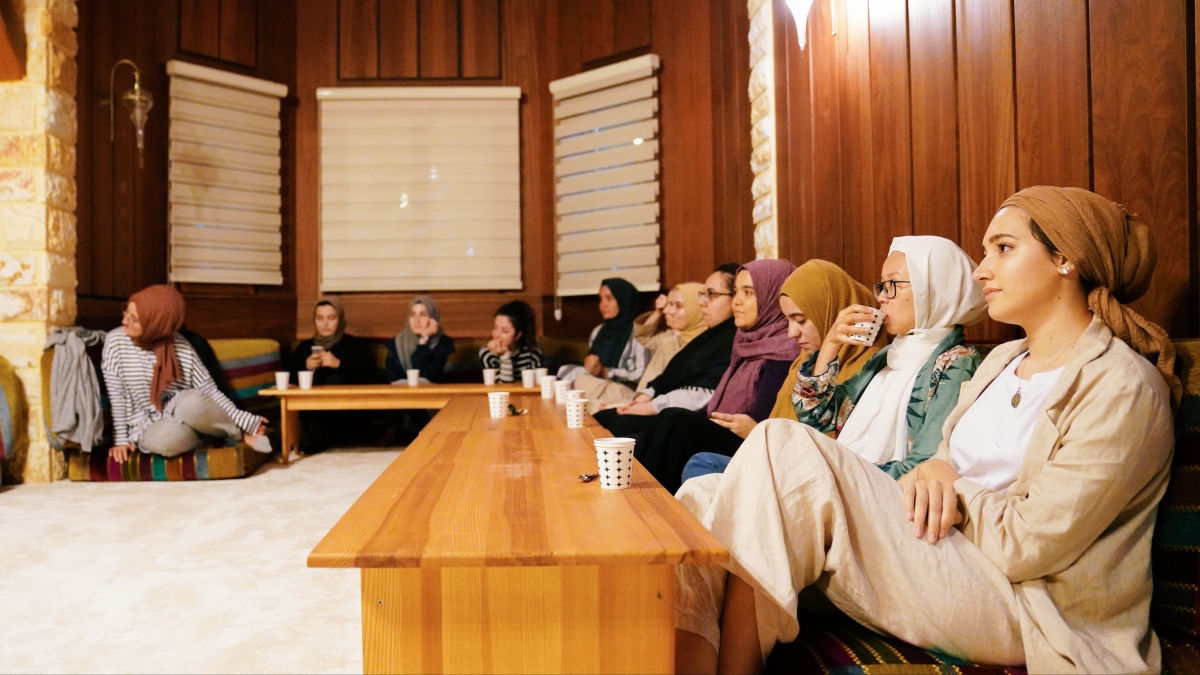 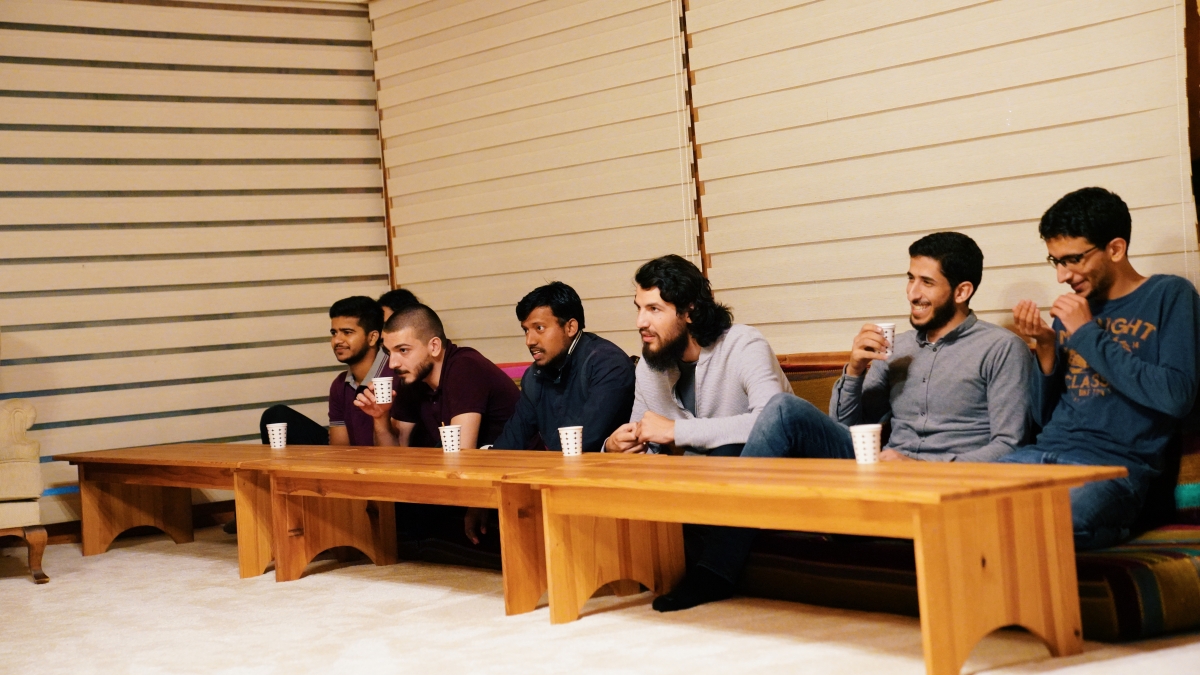 The Sixth IIIT Turkey Summer School (Fifth jointly organised with MAHYA) was officially launched at an Opening Ceremony held at Istanbul University Rectorate Building on 11 July 2019. The Ceremony which marks the start of a programme (11-20th July) drawing speakers from across the world, and postgraduate students from across Turkey and nine other countries, began with recitation of the Qur’an followed by Welcome Remarks given by Sebahattin Ihvan from MAHYA and Hatice Nuriler representing IIIT. During the Ceremony, the AMSS UK took the opportunity to present its prestigious 2018 Lifetime Achievement Award jointly to Professor Fikret Karcic and Professor Enes Karic of the University of Sarajevo (who will be lecturing at the Summer School) in recognition of outstanding achievement in their scholarly fields. The Award was presented by Dr. Anas Al-Shaikh-Ali, Chair of AMSS UK.

Following the Award, the Ceremony included special remarks by Dr. Anas in which he outlined the history of the relationship that had been developed over the years with MAHYA explaining that he wanted to use the occasion of the Ceremony to celebrate both the 10th Anniversary of the publishing relationship with MAHYA and the 5th Anniversary of the joint organisation of the Summer Schools with IIIT. Appropriately enough the 5th Anniversary is also referred to as a Wooden Anniversary. Appropriate because from the second day onwards proceedings are taking place at the beautiful and rural setting of Demirkoy Farm, which is surrounded by scenic trees and fields, next to the MAHYA family's wood factory, one of the largest in Europe.

The relationship with MAHYA, Dr. Anas continued, had developed over the years on many levels, beyond those of publishing to those of intellectual ventures and other joint academic endeavours. Professor Dr. Bekir Karliga, the Chair of the Alliance of Civilisation Initiative, and Head, International Civilizations Research Centre, played an important part, Dr. Anas emphasised, in kick starting this relationship, with Dr. Anas working with him since 1996, interrupted for a while, and continuing again in 2008.

In recognition of his role in initiating this relationship between IIIT and MAHYA, Professor Bekir was then presented with a beautiful boxed handcrafted gift of a Minbar by Dr. Ahmad Totonji, member of the IIIT Board of Trustees. A similar one was also presented by Dr. Ahmad to MAHYA in celebration of the 10th anniversary of the relationship. Other presentations were made in the form of boxed handcrafted miniatures of the Black Stone to the publishing team at MAHYA and as well as a Minbar to Hatice Nuriler, IIIT Coordinator in Turkey.

Dr. Anas extolled on the value of relationships in a world where real connections have dwindled and been replaced by vacuous conversations over social media, where everyone is too busy to give worth to developing bonds based on respect, communication, and appreciation, and where there is a decaying understanding of shared ideals and beliefs. Dr. Anas went on to emphasise that the connection between his family and the MAHYA families had developed beyond publishing and business aspects into a warm personal and genuine one based on mutual respect and appreciation. And in recognition of this he presented a personal gift on behalf of his wife, his family, and himself to the Sansal family.

Three presentations were then made by Professor Bekir Karliga, Dr. Beddy Ebnou, and Professor Recep Senturk. The students participating in the Summer School as well as the organising team then left Istanbul University
for Demirkoy Farm at 4pm. 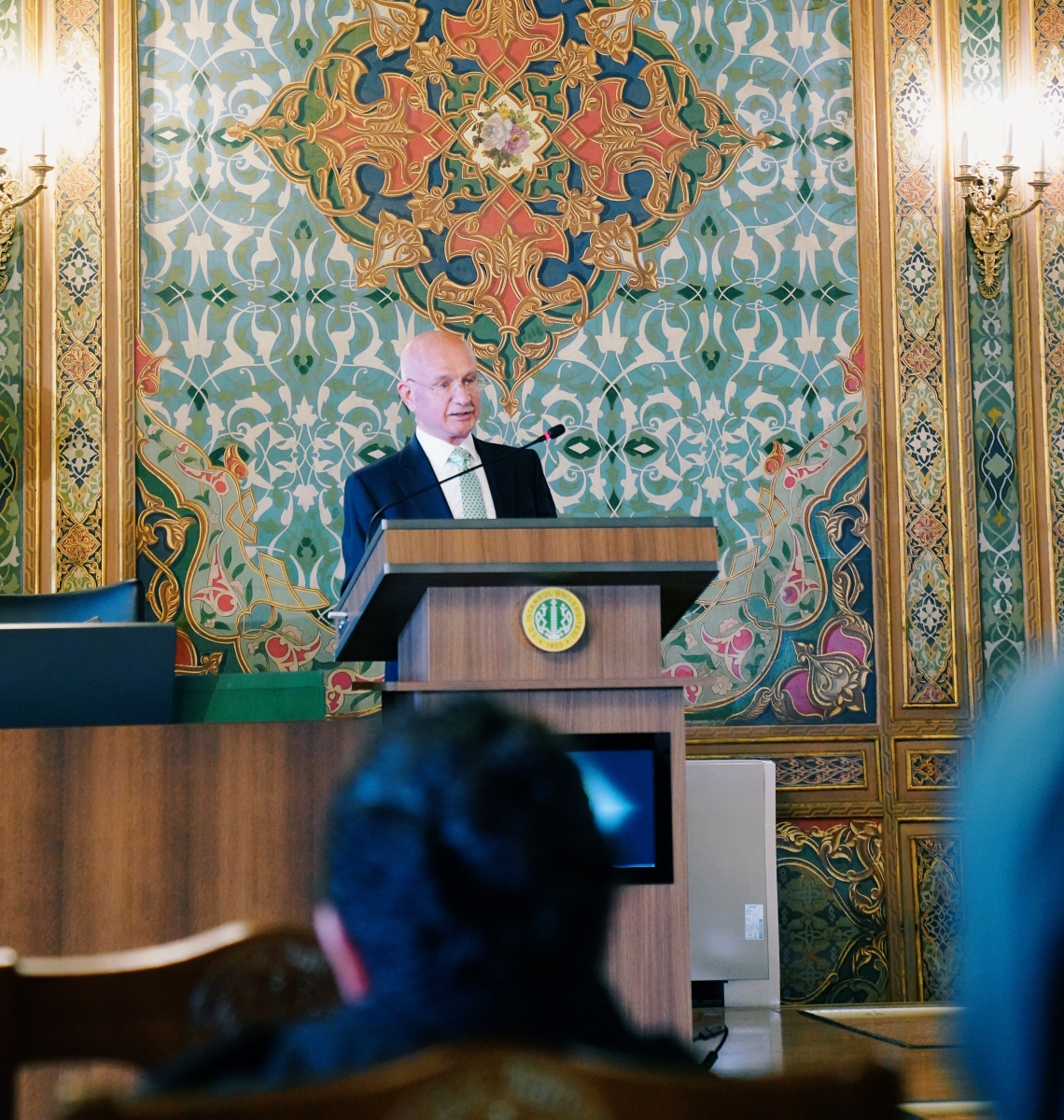 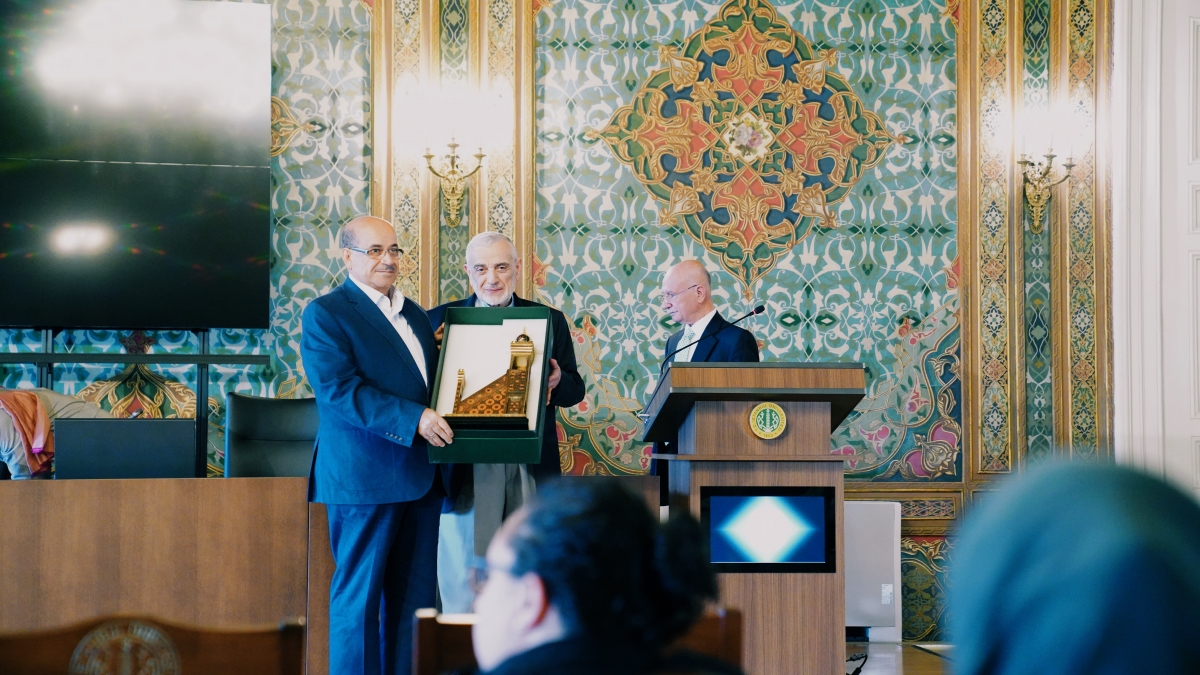 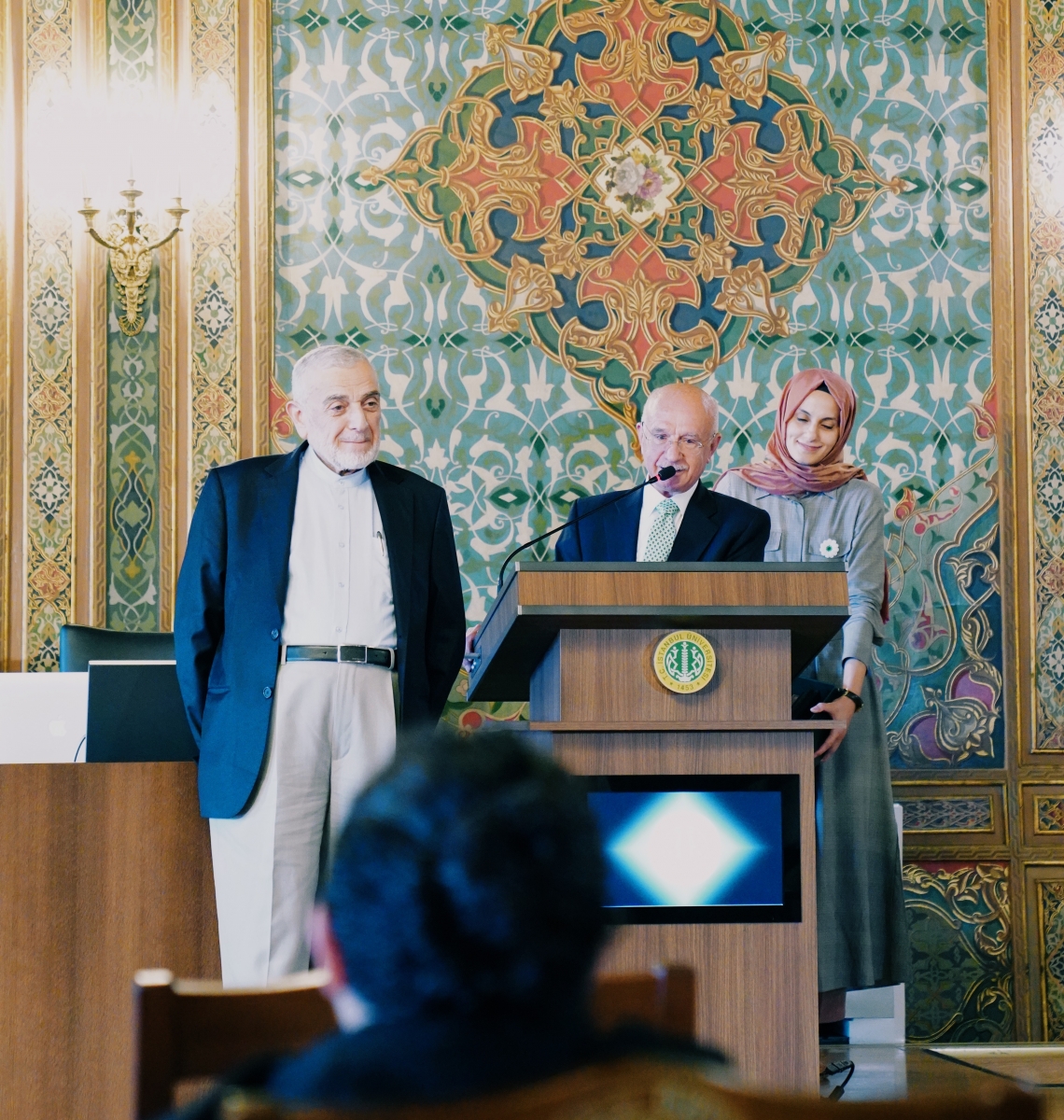 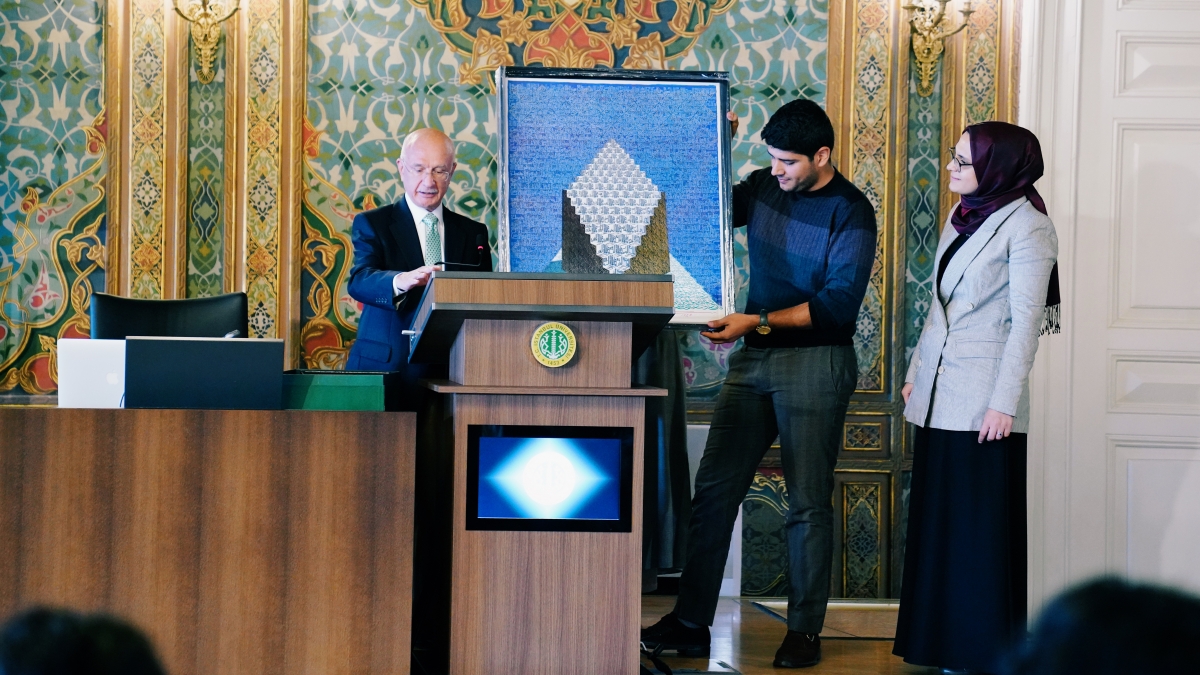 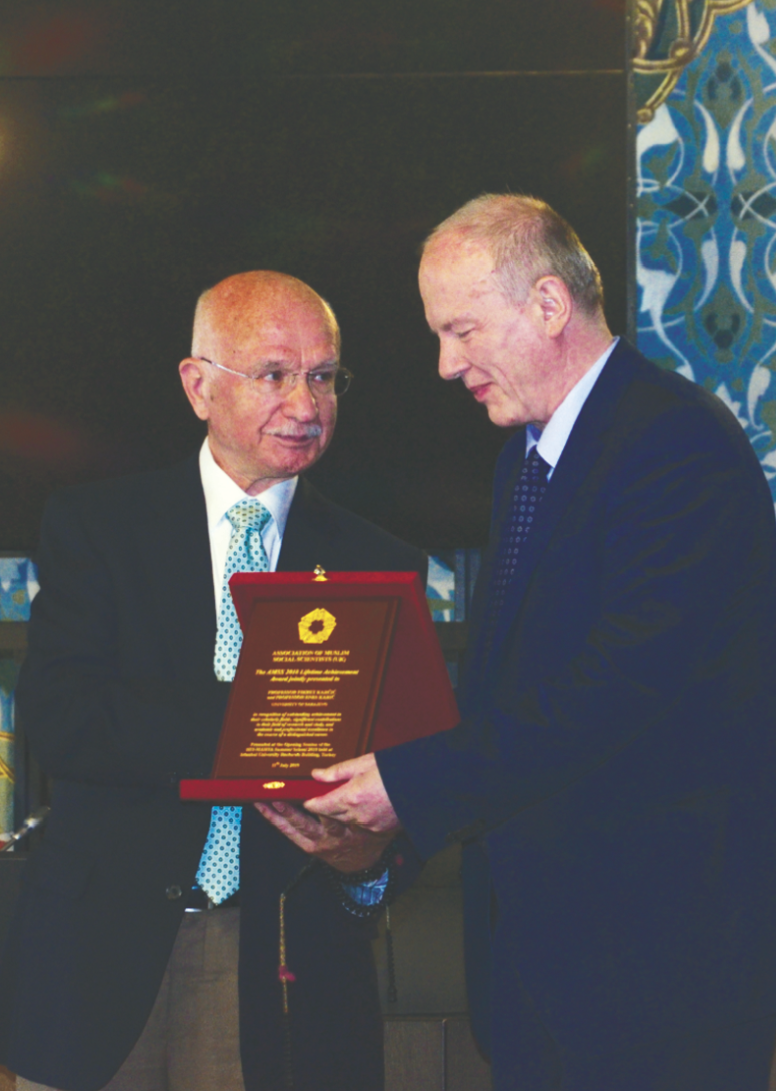 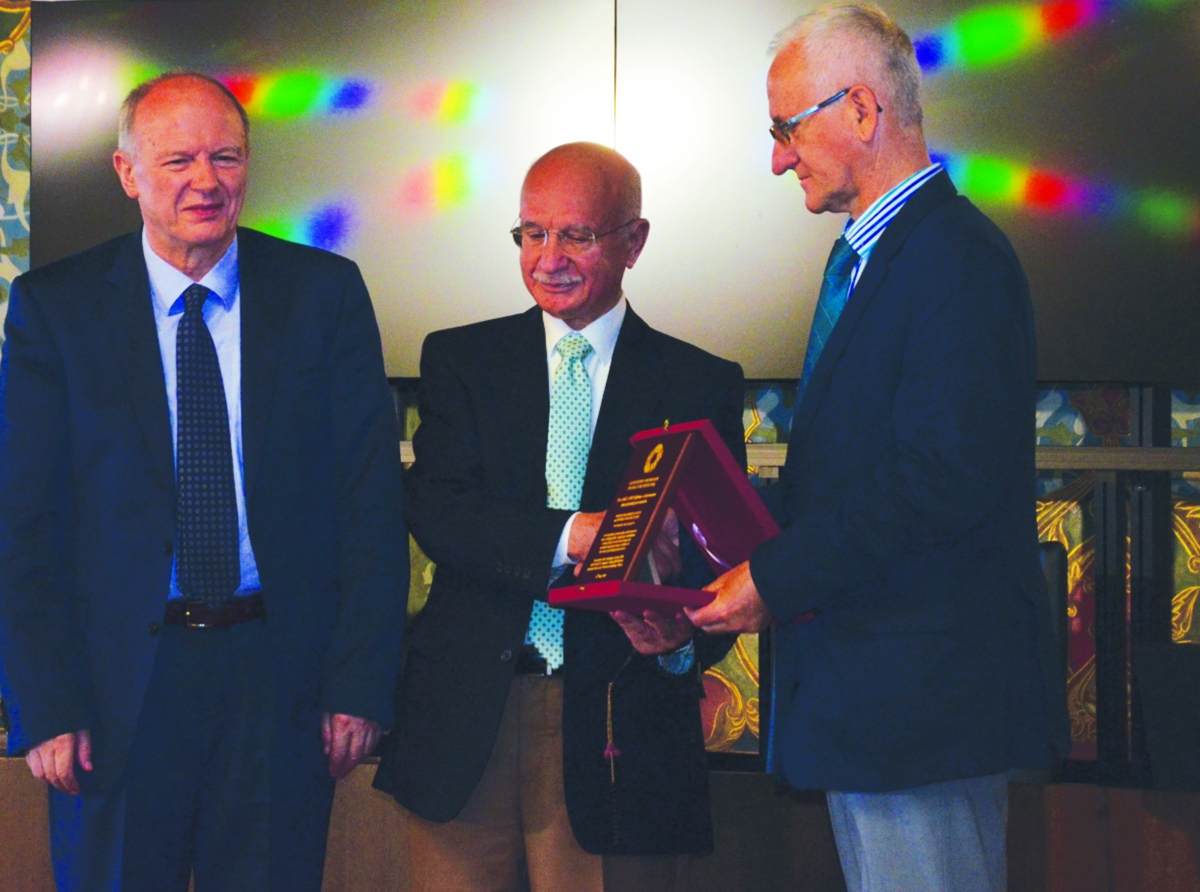 The Closing Ceremony of the Sixth IIIT Turkey Summer School officially took place at Demirkoy Farm on 20 July 2019 attended by members of the host family. The Ceremony marked the closure of a ten day Summer School scheduled from 11-20 July, drawing international and local speakers, and postgraduate students from Turkey and nine other countries. The Closing Remarks by speakers and participants focused on the lively and intelligent debates that took place during the ten days. This was followed by two participants speaking on behalf of all attendees summarising their perspectives and giving thanks to the IIIT and host family. Finally, following a collective breakfast, the awarding of formal Certificates of Completion to each participant took place. All participants were extremely happy to have taken part and sad to leave the stimulating environment, the people they had met and the new friendships they had formed. All promised to keep in touch with each other and the IIIT and MAHYA. 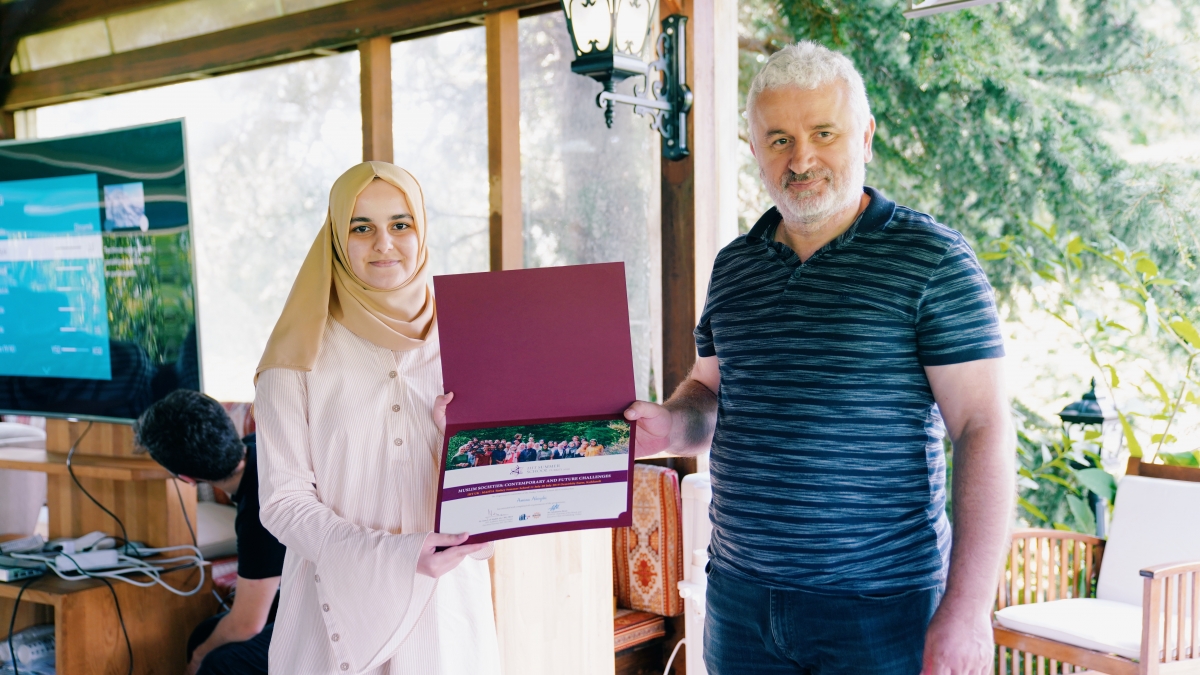 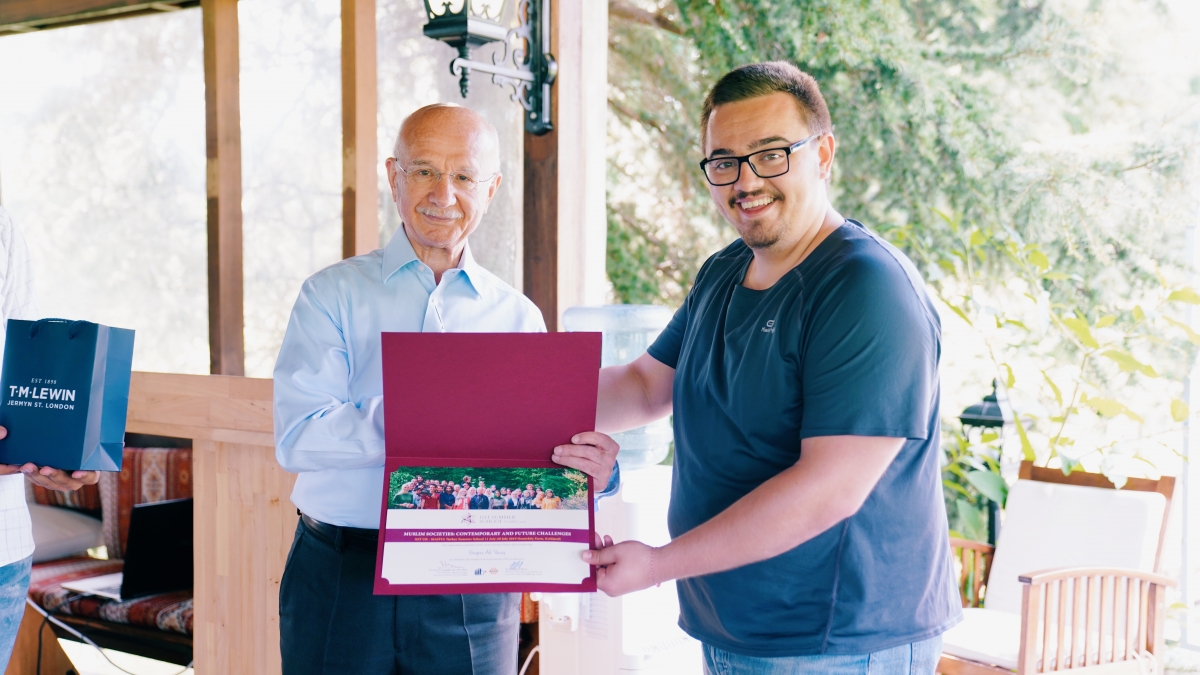 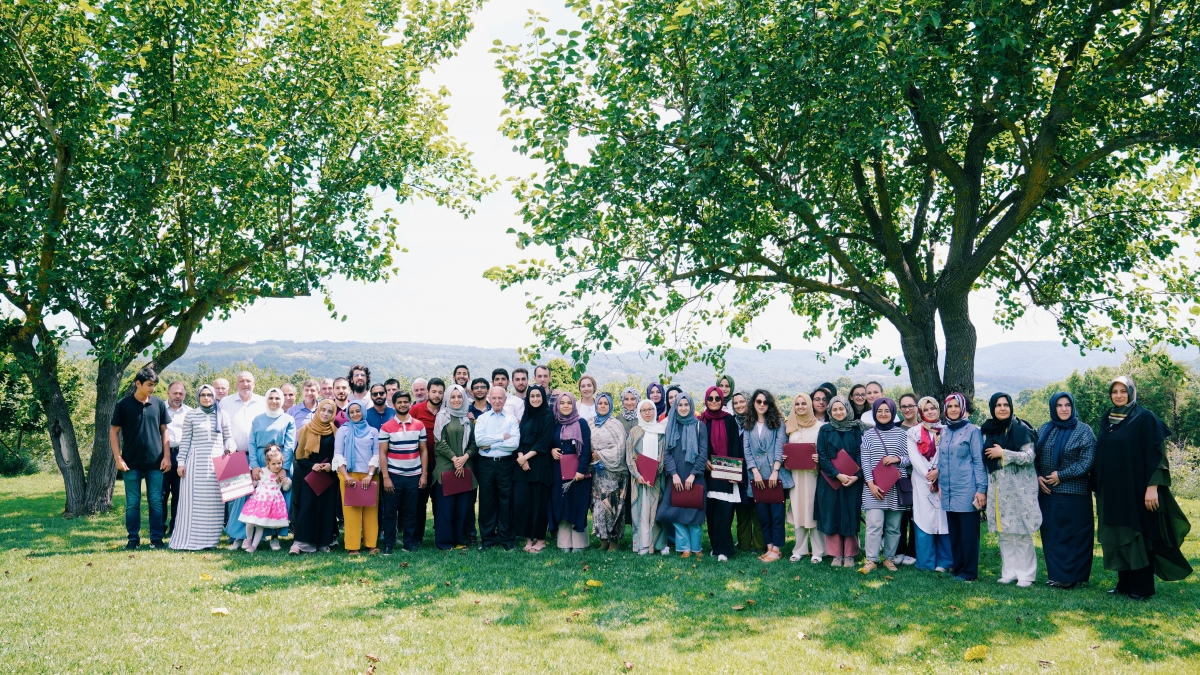